PG Paper Company is one of the leading paper suppliers in the country today with many local and previously unsought markets across the world – and behind its huge success is its founder, Dr Poonam Gupta OBE.

The Scottish entrepreneur’s impressive journey is nothing short of fascinating, with many trying times along the way. Born and brought up in New Delhi, India’s capital city, Gupta grew up in a joint family. Her father ran a successful business and gave the family a comfortable lifestyle.

However, Gupta agrees that despite coming from a seemingly privileged background, “it wasn’t really option for the girls to work”. The emphasis was mostly put into getting married and having a family eventually, and she found it hard as “it was quite difficult to finish higher education” because of this belief within the family.

Gupta’s family needed a certain amount of convincing to allow her to study further and get good education. “Why should a woman need anybody’s permission to educate herself?” she asks.

From a very young age, she saw the sheer divide in the house, with her mother putting in a lot of hard work to take care of the family of 12-15 people. “I was challenging the stereotypes when I was younger and there was a reason I was doing so. I think I’m an observer, so even as a child, I could potentially see, even if I didn’t understand gender inequality, that my mother used to work so hard.”

“But I feel like women are expected to do that. It is a thankless job, and the society doesn’t give you the respect unless you are financially independent,” she added.

Soon after Gupta got married, she travelled miles away from her home to Scotland, a country she had never visited before. However, she received the devastating news of her mother’s demise very shortly after arrival and had to go back.

Upon her return, she tried to look for a job but could not find one due to lack of work experience in Scotland. However, soon she found an internship opportunity at a chartered accountancy firm.

She said, “I went in not expecting any salary, I was working in the taxation division and learned the basics. Just by hearing the conversations I learned that there was something called the HMRC, VAT (Value Added Tax), etc.

“I was in a junior position as a data entry person, and I think I was very terrible at it because I have a problem with boredom, I need to understand, learn, and stimulate myself. It was a very monotonous job, but nevertheless my boss was good. I’d ask him a lot of questions about business and what my options are. Those two months taught me a lot.”

Gupta admits that since her marriage was arranged, she did not know her in-laws that well and hence, could not ask them for money, despite having the need for it to start her own business.

After finishing her short stint at the chartered accounting company, she carried out her own research to understand things better. Since she could not ask anyone for money, she had to come up with her own ideas. But one thing was very clear to her, she wanted to own a business and she was hell-bent on making it work.

“I looked into utensils – high-quality, stainless-steel utensils. A friend was manufacturing them in India, and I offered to sell his products here. But, I had no money in my pocket so I couldn’t travel to London often, which was required for the job. I realised I had to do something which I could do at the least expense because I was broke, I had nothing,” she said.

Gupta continued her research and realised the potential of recycled paper. She started building contacts in Europe through the traditional route of making phone calls and sending out emails.

She admits that she knew the paper industry was an established one and finding a strong ground as a result was quite tough. She said, “When people asked, ‘how long have you been in business?’ I would tell them that I’m really not in business yet, I’m trying to establish my business. It was very difficult to convince them.”

Eventually, she managed to convince a customer to pay her in advance and got a supplier to join her as well, all thanks to the thorough knowledge she had gained about the industry through dedicated research. This ensured that she had the money to finally support and start her work. PG Paper Company was thus born.

For the first few years, Gupta continued working the same way, building contacts and learning along the way. Her customers built a strong professional and trusting relationship with her, given her eye for detail, timely delivery, good products and services. She worked on a low margin and the profits she earned were reinvested into the company.

When asked about the purpose of her brand, Gupta details, “So obviously, the purpose of an organization kind of changes from the very starting point. If you ask me, what the purpose was 20 years ago when I started my company, I think the whole sole purpose was to create a business which could provide employment and give me that essential financial independence I needed.

Once the business started growing the purpose behind it gradually changed.

“Today, if you ask me what the purpose of PG Paper company is, we want to continue and grow our business in a sustainable way. We’ve always been sustainable because we started in the recycling trade, which was always about reusing rather than throwing away. I feel very strongly about that and about uplifting and supporting the wider community, not just here domestically, but internationally. I’m a big believer in gender equality, and I am a supporter of women’s education. I would like every woman to at least have some sort of financial independence so she’s not dependent upon somebody else,” she adds.

Gupta finds herself fortunate to have started her business in Scotland, where she did not face any gender discrimination as a woman starting out in a male dominated paper industry. However, she informs that she was quite taken aback when she was presented with facts and figures later and learned that there was an underlying gender inequality that women were facing even in a seemingly progressive western society.

“I would like to see a fairer society going forward where men and women are treated alike. Where there are more women in boardrooms and more women who feel supported to start or work in businesses,” she says.

Speaking on the representation of the Asian women in Scottish businesses, she confirms, “I know of only two or three, if that, South Asian women who are in business in Scotland.”

She believes that there could be many possible reasons, with one major factor being the assumption within Asian communities that women must take on the responsibility of running the family and raising the children, an enormous pressure that she herself faced early on.

As someone who had little to no support from her family before starting her business, Gupta urges the society and family members to collectively come forward in support of women who want to set up businesses and give them the confidence that is much needed to become successful.

Addressing the issue further, she highlights that one needs to look at the proportions and scalability. She says that she has hardly seen any women at the forefront of businesses in Scotland, which further brings down the number of Asian women who are part of businesses. She adds, “There are a lot of female business leaders running micro-businesses. And I think they do that because it provides them flexibility with their work, so they can take care of their families. However, when you look at businesses which have been scaled, those numbers are very small overall for women. And that proportion further reduces when we look at Asian women.”

Over the years, the businesswoman has faced several setbacks in her journey. She takes on such difficult situations in stride and says that she always learns from her mistakes. “This is life, so many things could have taken away my business or my mental peace” she says. “But I think what kept me going was the fact that I just had to believe in it. I have a troubleshooter mindset. If a problem arises, never focus on it, focus on the solution.”

Image by The Herald

When asked about what advice she would give to Asian women who look up to her and want to set up successful businesses of their own, she affirms, “I’d say that openly ask for support, whether it’s from your mother-in-law, your friends, your husband, but also have faith in yourself and be brave. If you have a good idea, at least have a fair go at it. An advantage of having your own business is that you can work in your own time.”

“I have brought up the two children while being a full time CEO, expanding my business and traveling around the world. It can be done. And I think what also helps are support groups. Join support groups which are entrepreneurial. If you want to be in business and become an entrepreneur, then you hear other people’s story stories. You realise you are not alone,” she concludes. 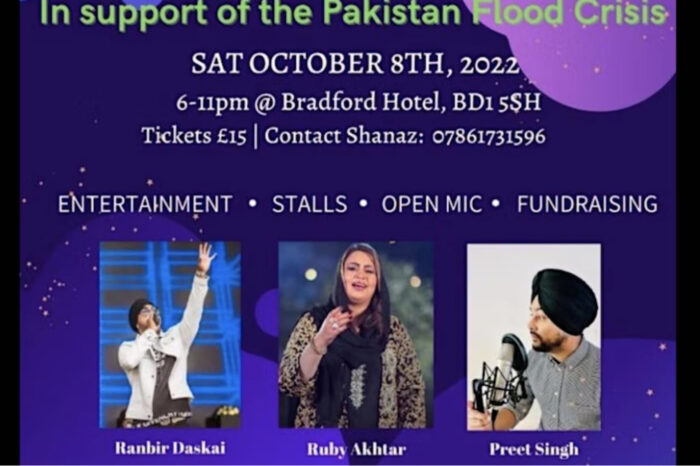 Get the Deal Now